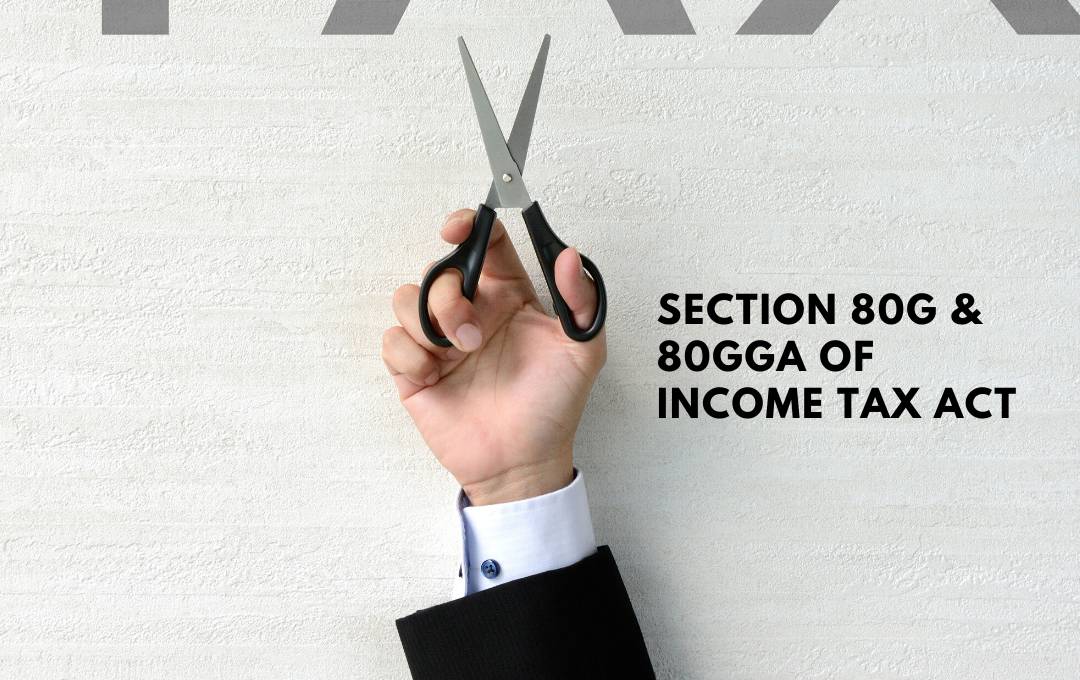 Give Escrow advantage to your 80G donations

If you are filing an income tax return in India, you must have heard of 80G. There are various sections in tax law that govern deductions. 80G is one section that is used in case of donations or charitable contributions. The amount donated by you can be used as a deduction from your income. Donations are considered for deductions only if it is made in the form of cash, cheque or demand drafts. Donations in kind like clothes, food or other items aren’t considered.

80G is one section through which you can save money on taxes. Plus, the donation you make can benefit the economically backward classes and those who need help. It is to ensure that charitable organizations get support from the salaried individual too. The only things to keep in mind is that if you make the payment in cash then there is an upper limit of Rs. 2000 and a deduction of 10% of your taxable income is allowed on your donations. The donation must be to a charitable organization in India alone.

Who can claim this benefit?

This deduction isn’t restricted to any person.  And can be availed by anyone who makes a donation to any of the relief funds or notified institutions. But anything given to foreign political parties or trusts don’t qualify for this. Even organizations can claim this benefit under 80G.

­­All companies operating under Indian laws need to commit 2% of the average net profit in the 3 preceding financial years. This is as per the Companies Act of 2013 that if the company has a net worth of five billion or a ten billion annual turnover. CSR expenditures aren’t deductible under the IT Act section 37. But certain options under 80G can be used to make CSR contributions. Companies can contribute to Prime Ministers Relief Fund, Prime Ministers Drought Relief Fund, Jawaharlal Nehru Memorial Fund or NGOs to name a few.

How does escrow come into play?

In an escrow account, a third party can hold funds or regulate payment in a given transaction. Two parties are involved and the escrow account is a third party. So, the money doesn’t leave the account without the knowledge of the two parties. The money is protected and all transactions are transparent. This is a huge advantage in Fintech.

In CSR, in order to get the tax benefit in relation to organisations or funds under 80G, the mandated amount is 2% of the net profits. However, earlier if the companies were unable to spend this amount on CSR, then they just had to give an explanation in the annual report. However, with the amended Companies Act of 2019, if the company is unable to spend the required amount fully, then they need to deposit the remaining sum in an escrow account with banks under the 2nd schedule of the RBI Act of 1934 and then spend that in the upcoming three years. If the company still fails to spend that amount, then those funds have to be transferred to a fund in Schedule VII of the Companies Act, 2013.

Escrow is quite advantageous to companies and even individuals who are in a business partnership. As it has been ruled that money in escrow accounts cannot be used for tax liabilities, your business partners’ money is safe and you can meet those obligations.Digital payments in escrow have been known to be very safe and transparent, creating trust among users. Even 80G donations can be turned into an advantage with escrow accounts.

Give Escrow advantage to your 80G donations

The Importance of Safeguarding Digital Identities